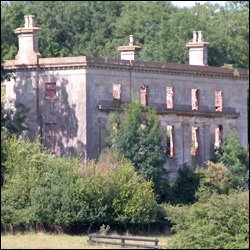 A Conservative Member of the British Parliament is setting the record straight. Kittitian Nathaniel Wells was the First Black Sherriff.

According to Walesonline.co.uk, the installation of Peaches Golding as the next High Sheriff of Bristol was hailed a symbolic moment for racial equality in Britain.

Mrs. Golding, who will take up the ceremonial office of Bristol’s High Sheriff at a ceremony in March, was believed to be the first person of African descent to take up the post, which was created 1,000 years ago ““ until it emerged that Britain’s first black sheriff had been appointed in Monmouth nearly 200 years ago.

The error was pointed out by local MP David Davies, who intends to point out the facts to Mrs Golding.

The Conservative MP said: “Anyone who has any interest in these matters will know that Nathaniel Wells became Britain’s first black sheriff when he was appointed Sheriff of Monmouthshire and Deputy Lieutenant of the county in 1818.

“Mr. Wells also served as a magistrate and moved easily in high society around the county, suggesting that in spite of the current obsession with “˜diversity’, Britain has always extended a welcome to talented people with something to contribute.

“I will be writing to Mrs. Golding to congratulate her on her new role, but will politely point out that Monmouthshire was actually 190 years ahead of Bristol in appointing a black High Sheriff.

“One would hope that historical accuracy is not going to be sacrificed on the altar of political correctness for the sake of a headline.”

Nathaniel Wells was born in 1779 in St. Kitts, the son of William Wells, a wealthy Cardiff-born merchant, and his black slave, Juggy. William Wells was a successful slave trader who became a plantation owner.

Nathaniel was sent by his father to Wales to be educated. After finishing his schooling he stayed in Britain and seems to have been accepted without comment by other members of his class in the area around Chepstow, where he became a landowner in his own right thanks to his father’s wealth.

Wells became a magistrate, sitting in judgement over white people at a time when most black people in Britain’s colonies would have had no right to a court hearing.

By 1801, Wells had property worth an estimated £200,000 and was married to the only daughter of Charles Este, a former chaplain to King George II.

In 1802, he bought Piercefield House, on the site of what is now Chepstow Racecourse.

He died in Bath, Somerset in 1852 at the age of 72. A memorial tablet to him is in St. Arvans Church, near Chepstow.

Mrs Golding, 56, is currently regional director of Business in the Community, one of the Prince of Wales’ charities.