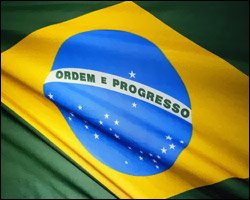 Outgoing Brazilian Ambassador to St. Kitts and Nevis, His Excellency Orlando Galveas Oliviera, who is based in Barbados, will be the last non-resident diplomat accredited to the twin-island Federation.

Mr. Oliviera left here Monday evening after paying farewell visits to Governor General, His Excellency Dr. Sir Cuthbert Sebastian and Prime Minister and Minister of Foreign Affairs, the Hon. Dr. Denzil Douglas. He is to take up a new appointment in Cameroon.

Mr. Oliviera’s successor has been named and will be based in St. Kitts. He is expected to take up his appointment later this year.

The outgoing Brazilian diplomat began his diplomatic career in 1967 and has served countries such as Australia, Greece, Canada and the Caribbean among others. Ambassador Galveas Oliviera resided in Barbados and was accredited to St.Kitts and Nevis for seven years since 2002.

During his tenure, the Ambassador has overseen several initiatives that have helped to strengthen relations between St. Kitts and Nevis and Brazil.

A key aspect which will prove beneficial to the twin-island Federation is the partial scope Agreement (PSA) which CARICOM intends to sign with both Brazil and Guyana.

St.Kitts and Nevis has intensified interest in acceding to the Brazil-Guyana PSA which will offer tremendous opportunities for manufactured products particular the electronic component sector.

Approval has been received from COTED to proceed with negotiation with Brazil and Guyana in order to accede to the said agreement.

This is a very important initiative for the Federation as preferential market access to Brazil can yield tremendous economic benefits. The PSA will also provide social benefits geared towards the reduction in the poverty,” a senior Foreign Service Officer said.

During Monday’s meeting, Prime Minister Douglas indicated his Government’s interest and sought the continued support of the Government of Brazil, in the negotiating process.