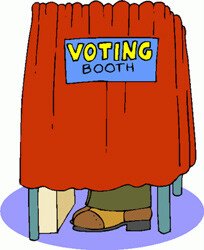 Voters in St. Kitts and Nevis have been assured that the confidentiality of the ballot will be protected when nationals go to the poll this Monday.

During an SKNIS interview, Supervisor of Elections, Pastor Leroy Benjamin stressed that no recording devices will be allowed inside the polling booth.

“No cell phone is accepted inside the polling booth beyond the presiding officer. No cell phones and no cameras. It is an offence (of) the law,” Pastor Benjamin said, warning that penalties included heavy fines and/or prison terms. He added that persons suspected of such are liable to be searched and those found with such devices will “be in serious trouble.”

The Supervisor of Elections warned that attempts to disrupt proceedings inside the polling station will not be tolerated.

“People will not be allowed inside the polling station for any length of time,” he disclosed. “As soon as you are finished with your vote, out you go. The (station) is not a place for conversing.

The statement was based on reports that indicate that select individuals intend to delay the poll by acting out a “go slow” policy and quarreling with the presiding officer.

“We hope that that bit of intelligence is wrong,” Pastor Benjamin added. “The presiding officers’ eyes are going to be open “¦ and they will be able to order you out immediately.”