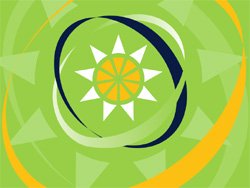 St. Kitts and Nevis Prime Minister Hon. Dr. Denzil L. Douglas says the results of the referendum in St. Vincent and the Grenadines last week are an indication that there is need to fully study and analyse the existing constitutions of the members of the Organisation of Eastern Caribbean States (OECS) before any attempt is made to change them.

But Douglas, told the Caribbean Media Corporation (CMC)’s Peter Richards during an interview in Port of Span, Trinidad where he attended the just concluded Commonwealth Heads of Government meeting that unlike his counterpart in St. Vincent and the Grenadines he was not pushing for constitutional reform “at this time” preferring instead, to look at electoral reform.

“And a lot of the electoral reforms that we could have pursued were dependent upon constitutional reform. But it is not easy to change the constitution and so what we have been seeking to in St. Kitts and Nevis over the years is to have confidence measures introduced to build a capacity of our people to appreciate and be better able to study the constitution and make changes if they have to,” he said.

The St. Vincent and the Grenadines government fell far short of the 66.7 percent required to change the 30 year-old constitution that had been handed down to the island when it gained political independence from Britain.

The main opposition New Democratic Party (NDP), which had mounted a “Vote No” campaign, said it was pleased that 55.6 per cent of the electorate had rejected the document.

According to the CMC Report, Prime Minister Douglas said while there were some measures in the constitutions handed down by Britain to its former colonies in the Caribbean that would need a simple majority to change, “some clauses however are entrenched where you would need to have a 66 and two thirds.”

“I think that wherever it is possible to have a clear majority to make changes to the constitution one should do that,” he said, pointing out that in the case of St. Kitts and Nevis “it is being stated that someone who is a minister of religion cannot stand for parliament”¦these are aspects of the constitution that can be revisited without having the 66 and two thirds.

“So it depends really on what is the fundamental issue that is before the electorate or the citizens of the country in terms of changing the constitution. Our own constitution, I can say very, very, clearly that was negotiated with Great Britain is not a good document at all.

“There are several aspects”¦that need to be revisited and we shall do so and we have been on the path of constitutional reform for several years since back in 1998 when the Nevis part of the federation tried to secede ,” he said, indicating that the authorities have been working with various international stakeholders to build confidence “so that we could either work together and accept the constitution as it is or to be at one in agreeing as to what aspects of the constitution needed to be changed.”

Prime Minister Douglas said that while some of the OECS countries would need to hold a referendum in order to become full members of the Trinidad-based Caribbean Court of Justice (CCJ) that is not the case for his twin-island federation.

He said some Eastern Caribbean countries needed to hold a referendum, but “we in St. Kitts and Nevis do not need to have that referendum.”