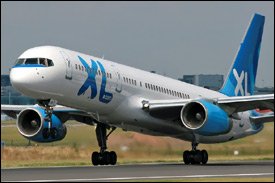 Nearly 125 nationals and visitors were returned home to the United Kingdom on charter flights last month following the collapse of XL Leisure Group.

General Manager of TDC Airlines, Mr. Elroy Lewis said 56 passengers departed the Robert L. Bradshaw International Airport in St. Kitts on board a British Airways jet on September 14th. Sixty eight passengers were flown to Antigua on two LIAT aircraft where they were taken to London by Virgin Atlantic.

“Any passenger remaining here will have to fly back to the United Kingdom at their own cost,” said Lewis.

CCA said the flights carried an estimated 83,000 customers who were returned home on 222 flights chartered to fly to 40 destinations in the 17 days since XL went bust.

The 83,000 included Atol-protected XL passengers, the customers of other Atol-protected tour operators that shared XL flights, and XL Airways passengers who booked who will have to pay a fee for their flight home.

As well as organising flights, the CAA and travel industry arranged transport by ferries, coaches, trains and taxis to bring people home, as well as additional accommodation.

It said that because there would be no more chartered repatriation flights operating, customers who had booked direct with XL Airways and were not Atol-protected would have to make their own arrangements to return to the UK.

The CAA said its focus was now on working to deal with refund claims from people with pre-booked Atol-protected XL holidays.

Preliminary work to process the refunds from more than 200,000 customers who have pre-booked holidays with XL has already started. The CAA said it expected about 70,000 claims so the refund process would take longer than for smaller failures.