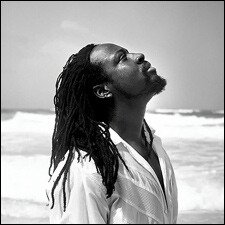 A mammoth crowd at a gospel rally organised by the St. Kitts-Nevis Labour Party erupted into wild cheers Sunday night when it was announced that international superstar Wyclef Jean, will attend a Super Rally in Basseterre, this weekend.

“As we continue our motivation leading up to the general election, Wyclef Jean will be here. All over the world people want to be part of Labour,” Dr. Douglas announced.

According to organisers, January 16th 2010 will see one of the world’s biggest names in music coming to St Kitts as part of a planned Labour Super Rally.

Wyclef Jean’s appearance at what has been billed as “the largest political event in our Federation’s history” will be held under the theme “˜The Labour Vision.’

“The 16th of January 2010 will be the date that my candidates will tell you the Labour vision for the next five years. Our plans, our pledges and our new policies that will continue to deliver prosperity and opportunity to this wonderful Federation, as well as to its individual constituencies.

Few people will forget the last Labour Super Rally at Warner Park ““ with over 12,000 Kittitians in attendance. But, the Prime Minister believes the event on the 16th will be even more memorable.

“We, the Labour team, invite every Kittitian to come to an unforgettable night on the 16th. This is a night for big ideas: ground-breaking Labour policies that will confirm our islands as the most dynamic, the most vibrant and the most visionary within the entire region.”

And, in a sensational coup for the party, the entertainment for the night will culminate in a free concert by Wyclef Jean ““ one of the most highly regarded and influential musicians of recent years.

“We are delighted that Wyclef has agreed to come and take part in such a special night for Labour. His songs deal with real issues, real politics and real people. I have a great deal of admiration for his work.”

Other entertainment on the night will be provided by local artists ““ and there are also rumours of another performance by RED (Labour’s youth team) who raised the roof in July with their energetic dancing and inspiring speeches.