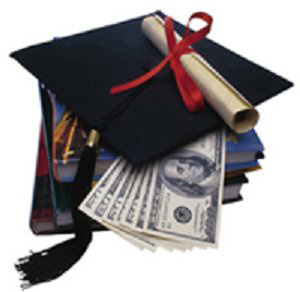 During a ceremony earlier this month, the students were presented with a trophy, a cash award as well as a gift certificate redeemable at Schools Apex Co-Operative.  Each scholarship applicant also received a gift bag filled with tech gadgets and educational tools compliments of the ICT4EDC project. As part of the awards ceremony, the students enjoyed a keynote speech by Genieve Hanley, founder and managing director of the Learning & Empowerment through Arts Program (LEAP).  Ms. Hanley, speaking under the theme “I Can Make A Difference,” shared with students her own experience with failure when she was disappointed each time she tried a new hobby or activity as a child, including sports and singing until she discovered dancing.

Minister of Education Nigel Carty echoed a similar theme to the students, encouraging them to give back to their community and to reach for their goals, which he emphasized, could only be accomplished with a solid education.

This year’s scholarship recipients are already testimony to the awards of determination and focus. Princess is an accomplished member of Tucker Clarke’s netball team and enjoys dancing and singing. She excels in her school studies and was described by her pastor as intelligent, hardworking and energetic. She plans to become a nurse and earn a Master’s degree.

Tarique is a future lawyer who currently serves as the student body president and is an accomplished athlete. He has won several medals for his performance during the Annual Sports Day and the National Milo Meet.

The William Marcus Natta Memorial Scholarship Fund was established in April 2010 to support students in grades five and six who demonstrate academic excellence, sound moral character and passion for community service. Each year, two students, a male and female, are selected for the scholarship award.