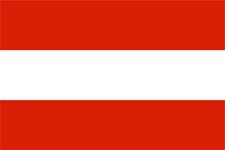 Two European diplomats are in St. Kitts and Nevis capital.

Sweden’s Ambassador His Excellency Stan Ask arrived Sunday on a farewell visit while his Austrian counterpart, His Excellency Thomas Schuller-Gotzburg presents his credentials to begin his tour of duty.

The Austrian diplomat, who retires in February next year, has been serving with distinction since May 2005.

The new Austrian Ambassador presented his credentials to the Governor General and will pay a courtesy call on Prime Minister Douglas on Tuesday.

Ambassador Schuller-Gotzburg replaces Her Excellency Marianne Feldmann, who held the post since May 2004.