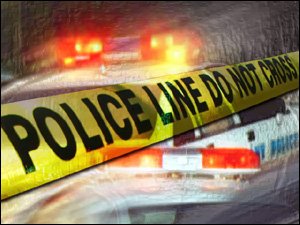 Friday’s SKN Vibes tells the scary story of Kenrick Fyfield, a taxi driver who was ambushed and shot at by an armed gang. Mr. Fyfield was in his taxi when the men attempted the assault. Fortunately for Mr. Fyfield, he had his taxi doors locked and was able to speed away from the armed gang. As he sped away, the gang shot at his vehicle, a number of windows were broken and glass was lodged in his shoulder. According to the article, Mr. Fyfield “considers himself lucky” because he “almost lost (his) life.”

After Mr. Fyfield barely escaped with his life, he headed straight to Police Headquarters in Basseterre to report the crime. Instead of immediately taking the report and ordering a crime scene investigation, the police wasted valuable time by insisting that the victim personally go to the Frigate Bay Outpost to report the crime. According to SKN Vibes, the reaction of the officers at Police Headquarters “threw (Mr. Fyfield) for a loop.”

“First, why didn’t Police Headquarters quickly take the crime report and coordinate with the Frigate Bay Outpost themselves? Second, why didn’t Police Headquarters pick up the telephone and call the Frigate Bay station so both could hear about this very serious situation? When crime occurs, time is not on the side of the police. Crimes are more likely to be solved and perpetrators brought to justice when police act quickly. This is a failure of Government and the people of the Federation deserve answers from their Prime Minister and Minister of National Security.”

Grant went on to call on the Prime Minister to acknowledge the crime and murder crisis in the Federation. He also reiterated PAM’s leadership on the crime issue by reminding Kittitians and Nevisians that PAM is bringing the community together through an Online Memorial http://www.pamforchange.com/memorial remembering the 21 people murdered in St. Kitts – Nevis so far this year.

“Over the last week alone, the Federation recorded its 20th murder, saw a 13 year old’s throat slashed and a taxi driver barely escaped with his life after being assaulted by an armed gang,” said Grant. “There is a crime and murder crisis in this country and it’s time for Denzil Douglas and the Labour Government to show some leadership. I call on the Prime Minister to acknowledge the crime and murder crisis and take responsibility for the fact that it’s occurred under their watch.”

Grant concluded, “People are scared and they’re looking for leadership. In opposition, there’s only so much we can do – but, one thing we can do is bring law abiding members of the community together to stand united against the crime and murder crisis. That’s what we’re doing with our Online Memorial (http://www.pamforchange.com/memorial) remembering the 20 murder victims this year. It doesn’t matter if you’re PAM, Labour, CCM, NRP or Independent – crime hurts all of us and this memorial is a place for all of us to come together as a community, mourn the victims and say enough is enough!”