A third offshore bank, International Merchant Bank based in Lagos, Nigeria, is set to open its doors on Nevis soon. Tax Havens in Nevis. 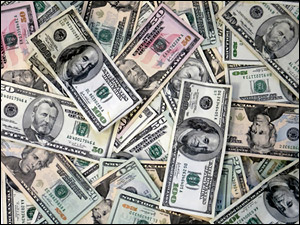 Minister of Land and Housing in the Nevis Island Administration (NIA) the Hon. Robelto Hector supported a Bill to amend the Company Ordinance of 1999, in a stated position made during the Nevis Island Assembly held on Thursday 28th February 2008.

Mr. Hector said he supported the Bill and was happy that the Mover of the Bill came before Parliament to seek support of his government ministers for stamp duties to be paid when shares are transferred.

The Bill as it stood required for amendments to be made to the 1999 Company Ordinance and Section 7 of the Amendment was used which showed where a $250 fee would be sought instead of the 1999 Bill that stipulated a $50 charged fee.

The Nevis Investment Promotion Agency (NIPA) Ordinance 2008 would encourage increased investment provided by a solid legal framework designed for investor’s protection and for their understanding of the relevant laws of Nevis.

Mr. Cozier gave credit to the Nevis Reformation Party (NRP) for its committed support for Private Sector Investment and described the previous legislation as one which did not address the needs of Nevis.

“The old Act of 1987 did not address Nevis.  It assumed that both islands would choose to undertake Invest Promotion’s jointly.  However, the new Initiative provided effective policy and a regulatory framework for separate Investment Code and Legislation for both Islands; he said the Bill provided an avenue for business to be conducted more easily.”