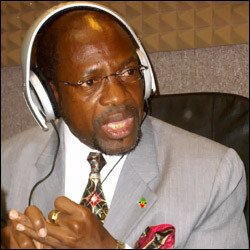 St. Kitts and Nevis Prime Minister Hon. Dr. Denzil L. Douglas has been comparing his administration’s current handling of electoral reform to that carried out by the previous People’s Action Movement (PAM) Administration.

“When they (PAM) had the opportunity to reform the electoral system in 1983, there was no consultation whatsoever, none whatsoever. There was no sharing of information in the way we are doing it today. The PAM electoral reform was done behind closed doors and then dropped like a bomb in Parliament within a few hours and the entire system was changed,” said Prime Minister Douglas, adding: “look at what we have done.”

The ruling St. Kitts-Nevis Labour Government consulted with the Washington-based Organisation of American States, the London-based Commonwealth Secretariat and the Georgetown-based CARICOM’s Secretariat.