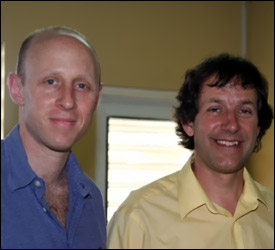 Permanent Secretary in the Ministry of Health on Nevis Mrs. Jocelyn Liburd underscored the Nevis Island Administration’s (NIA) pledge to provide continued health care on Nevis and said the ongoing Eye Care Programme would receive all the necessary assistance to ensure continuity.

Mrs. Liburd told the Department of Information in a on May 15, 2008, that amid concerns surrounding the duration of the programme, the Administration had worked assiduously to ensure that it did not end following the retirement of visiting eye care specialist Dr. George Bresnick (who retired in 2007) from a voluntary service he had given to patients on Nevis for 12 years.

“We are committed to continue the programme even through difficult recruitment of professionals. What we are trying to do as an Administration, is to retain the services a resident ophthalmologist who will engage in follow up and to deliver emergency eye care,” she said.

According to Mrs. Liburd, in the interim, the Administration had utilized the services of an ophthalmologist who was resident in Antigua and held follow up clinics on Nevis and other islands.

Notwithstanding, eye care specialist Dr. Raymond Hubby from Massachusetts, USA, along with his business partner over Dr. Warren Shatz, who took over the eye care clinic from Dr. Bresnick, hailed the NIA for its collaborative effort to continue the programme. 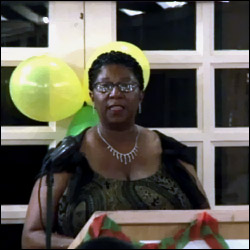 The Federation of St. Kitts and Nevis is at the forefront in providing early childhood education in the Region.  That’s the view of Principal Education Officer (PEO) for Nevis, Mrs. Jennifer Hodge.

The top Education Official made the observation while she delivered welcome remarks and congratulated more than 16 pre-school teachers past and present, of the Charlestown Pre School at an awards banquet to celebrate the silver anniversary of the establishment. The event took place at the Old Manor Hotel on May 10, 2008.

“The Federation of St. Kitts and Nevis, is, if not, one of the leading, is the leading providers of early childhood education in the region and that is great testimony to what we are doing here in the Federation for our preschoolers ranging in ages 3 ““ 5.

“A solid education at the preschool level will prepare our children to manage better the core subjects at primary level and more often than not, to prepare them for tertiary level education and to cope with our knowledge based economy,” she said

The Education Official said the Charlestown Pre School which offered early childhood for the past 25 years, told an educational success story.  It has provided for a vast number of children island wide, good quality early childhood education and without a doubt, children’s lives had been enriched with the preschool experience, and their interest had been stimulated in life long learning. 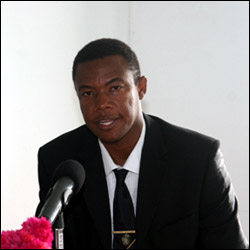 In a move to protect the people of Nevis and to soften the impact of the increasing global food and oil prices, the Nevis Island Administration (NIA) moved with immediate effect, to implement tax relief measures on select food and non food items on the island.

Junior Minister with responsibility for Trade on Nevis disclosed at a press briefing in Charlestown, on Tuesday April 29, 2008, that the Administration was committed to the formulation of policy to ensure that the cost of living was kept to a minimum.

Under the theme “A Better Workplace,” The Department of Labour in the Nevis Island Administration (NIA) recently held a one day workshop which focused on contractors and employees awareness of the labour laws of Nevis. The event was held at the Red Cross conference room in Charlestown.

Premier of Nevis Hon. Joseph Parry used the session to bring some of the core issues unique to workplaces on the island and the fight against crime, two of the NIA’s main priorities since it took office.

He established that the employees on the island operated without a workers union but have been represented by the Department of Labour in the NIA.

Premier Parry indicated that some of the main responsibilities of the Department were to identify jobs, their availability, conditions in the workplace and wages.

Mr. Parry also spoke of the drawbacks the workforce encountered in his personal experience before the rise of Nevis‘ working families.