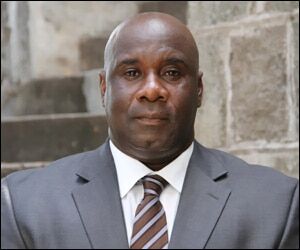 A delegation comprised of government officials from Anguilla traveled to Nevis last week to hold talks with the Nevis Island Administration (NIA) and to visit the geothermal site at Spring Hill. They were briefed by officials from West Indies Power Nevis Limited (WIP) and viewed a slide show related to geothermal energy.

Minister with Communications and Works in the NIA Hon. Carlisle Powell said the Anguilla delegation heard about the newly constructed St. Johns Primary School and requested the consent of the NIA’s consent to tour the school with the expectation of erecting a similar educational facility in Anguilla.

Phase three of the Island Main Road constructed by the Nevis Reformation Party led NIA on assuming office, was another issue discussed. Mr. Powell said “they drove the entire length of the project and were keenly interested with the road’s drainage and how they were rerouted and straightened and the timely manner the roads were completed.”

The buzz about the interest that has been shown in Nevis by other islands, strengthens the hand of the Nevis Island Administration (NIA) and reaffirms the faith that the people of Nevis placed in the NRP Administration to look after the affairs of Nevis.   That was the view of the Junior Minister responsible for Communications, Works and Public Utilities on Nevis Hon. Carlisle Powell during a recent interview with the Department of Information.

He indicated that in light of the mounting interest in the island’s natural resources and the many accolades registered by government officials from neighbouring islands was evidence of the trust placed in the Administration’ vision.

Premier of Nevis, the Honourable Joseph Parry welcomed a United States Virgin Islands (U.S.V.I) and a Saba delegation to Nevis Wednesday to discuss the Nevis Geothermal energy plan and how the two islands could benefit.

During Premier Parry’s introductions of the cabinet, Lt. Governor Francis said he was very pleased to see such a young staff as part of the government.