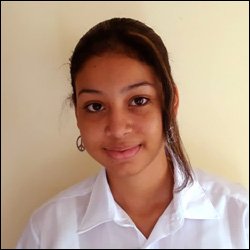 St. Kitts and Nevis’ Prime Minister Hon. Dr. Denzil L. Douglas and the Federation’s most successful student in the just concluded CXC examinations, Ms. Zoe Gonsalves, will read lessons at the State Service on Sunday 13th September 2007 to mark the 26th Anniversary of the Independence of the twin-island Federation.

The Service at the Zion Moravian Church, Basseterre starts at 6:00 P.M. and will be attended by Governor General His Excellency Dr. Sir Cuthbert Sebastian; members of the Cabinet, the Speaker and Members of the National Assembly, the Diplomatic and Counsellor Corps, senior government officials, representatives of the uniformed bodies, non-governmental organisations, the business community and invited guests.

The Combined Choir under the direction of Mr. Clyde Richardson will render a Selection.

Meanwhile, nationals of the Federation residing in Florida will also commemorate the 26th Anniversary as an Independent Nation on Sunday.

The St. Kitts and Nevis Association of Florida, Inc. has organised the Independence Church Service at 11:00 A.M. at the Bethany Baptist Church in Miami Gardens.

The Bethany Baptist Church is located at 3125 NW 176th Street; inside the Myrtle Grove Elementary School.  The service will be conducted by Reverend Clive Rogers.

In Basseterre on Sunday morning, the annual Venezuela 10K Marathon will be staged at 10:00 A.M.

On Monday 14th and Tuesday 15th, Prime Minister Douglas and his Cabinet will visit schools. The Cultural Gala Night takes place at 7:30 outside the National Museum on Monday.

Wednesday 16th is National Heroes Day, a public holiday and events begin with the announcement of the names of those persons to be given National Honours. Flag Raising Ceremonies will be held in the various communities at 8 A.M. and this will be followed by the Laying of Wreaths and Guard of Honour at the Robert L. Bradshaw Community Park in St. Paul’s at 9 A.M.

Guest Speaker at the Prime Minister’s Independence Lecture on Thursday 17th is Dr. Allan Somersall and the venue is the Wesley Methodist Church Hall on Victoria Road.

The Schools Patriotic Programme and will be held at the various schools at 9:00 A.M. on Friday 18th.

The Ceremonial Parade to mark the 26th Anniversary of independence commences at Warner Park Cricket Stadium at 8:00 A.M. on Saturday 19th September.