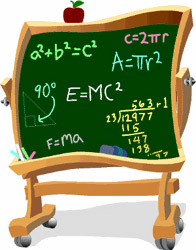 Only 25% of Students Passed Math Exams

A longstanding concern of Minister of Education Hon. Nigel Carty regarding the performance of Students in Mathematics, peaked in 2010 following the announcement of results for the CXC/CSEC examinations.

In an address commending the committee which recently launched a National Math Olympiad, Minister Carty revealed that the 25%  Mathematics pass  among cxc/csec exam entrants was simply not good enough and was in fact way below acceptable. He disclosed that in 2010, 329 students entered to sit the Mathematics exam. That is 48% of the total number of students (687) sitting CXC/CSEC examinations that year. Roughly 52% or 171 students who entered passed the exam. “Of a total of 687 students sitting CXC-CSEC exams of any kind in 2010, only 171 students or 25% of them passed Mathematics,” said Minister Carty.

The minister said while years of progress in other aspects of education as well as the Federation’s  above average performance  in CXC-CSEC Mathematics in the Region have indicated that the Federation has a tremendous educational heritage, the Math Olympiad which encourages the learning and teaching of math in fun and competitive ways, lends itself to greater success in this previously challenging area.

Despite the fact that these statistics revealed a slight improvement in Mathematics over past years, Minister Carty said it remained highly disappointing. He added that while the Math Olympiad would not reap rewards overnight it was a step in the right direction.

“Through these engaging activities, students will sharpen their problem solving skills. There will be quick feedback on students’ work and progress through newsletters and other modes of communication,” the Minister said.

Minister Carty emphasized the projected outcomes of the Math Olympiad including long term positive change in the way students view and learn mathematics as well as increased student engagement in mathematics inside and outside the classroom.

He saluted the efforts of the Math Olympiad implementation team for its foresight and ingenuity and reminded them that consistency of effort was pivotal. He also shared the wish that primary school teachers be engaged in a similar activity in the near future.

The Minister of Education expressed wishes to achieve the Ministry’s target of 65% at CXC Mathematics by 2013 saying that given the impressive performance by the Charles E. Mills Secondary School in Sandy Point which achieved a 72% pass rate in 2010; it was certainly possible for other schools to do the same. He called for “a bit more focus on how Math is taught and on how we excite the learner’s interest. Minister Carty also expressed gratitude to UNESCO for its support for the effort.