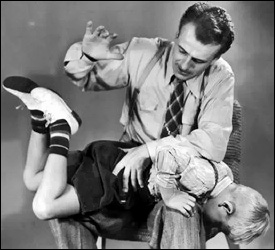 Although corporal punishment is used to instill discipline in schools, there are strict regulations governing its administration.

The St. Kitts and Nevis delegation told the Tenth Session of the Working Group on the Universal Periodic Review, a new mechanism of the Human Right Council, in Switzerland, that the Federation adheres to the belief that discipline in a society is an integral aspect of the development of responsibility, and maturity.

“Traditionally, our people have supported the view that corporal punishment is an acceptable means of instilling discipline in children. Over the years this issue of corporal punishment has undergone a steady metamorphosis. Although it remains as a disciplinary measure allowed by the Education Act (2005), its use is largely restricted and used only as a last resort,” Permanent Representative to the United Nations, His Excellency Delano Bart, Q.C. told the Working Group.

The Act, for which extensive consultation was conducted, in an effort to reduce or remove any arbitrary infliction, clearly outlines several restrictions on how the measure should be used, when it should be used and by whom it should be administered.

“The procedures are designed to ensure that the administration of corporal punishment does not cross the line into abuse,” said Ambassador Bart, pointing out that provisions for the abolition of corporal punishment have also been included in the Act and the government in collaboration with educational officials, parents and other relevant stakeholders will continue to explore alternative and effective measures.

St. Kitts and Nevis informed the Working Group that the Federation’s Department of Probation and Child Protection Services assists the Early Childhood Development Unit in its outreach efforts by conducting its parent/guardian workshops on more appropriate and effective means of disciplining other than corporal punishment.