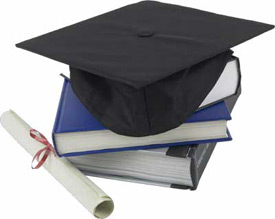 The partnership between the Ministry of Tourism, Sports and Culture; Bird Rock Community Club; and To God Be the Glory Sports in the United States, has yielded athletic scholarships for two young men.

Basketballers Shamile Jeffers, 18, and Erasmus Williams Jr., 17,  have been recruited to U.S. schools to pursue their academic and athletic ambitions after impressing overseas coaches who facilitated the July 28 to August 08 Reach One, Teach One Basketball Camp, held at Bird Rock.

“This is good news,” exclaimed Director of Sports Dave Connor. “When the Department of Sports started this initiative two years ago, we did it with the expressed intent of improving local talent and getting young men and women seen by college scouts and coaches. We have been doing that and are continuing to see favorable results.”

Jeffers will be attending the Williston State College in North Dakota, a Division I school in the National Junior Collegiate Athletic Association, while Williams is heading off to the Smith-Cotton High School in Sedalia, Missouri.

During a previous SKNIS interview, Coach Cyril White of To God Be the Glory Sports said that the coaches “came over with their eyes peeled” to see top prospects from St. Kitts and Nevis.

“We were able to profile a few [players] and we have some coaches here who are going to follow up [so that we can] take some of the kids to U.S. colleges. That’s what the [Reach One Teach One initiative] is all about ““ building bridges to success,” he stressed.

Last year’s success stories included Dane Rawlins and Nashorn Maynard who earned full athletic scholarships to university. Director Connor indicated that efforts were ongoing to secure similar arrangements for other persons who attended the camp. John Spezia, the vice president of the Basketball Coaches Association for the National Junior College Athletic Association (NJCAA) in the United States and Noll Billings of Missouri Baptist University are playing key roles in this regard.

Mr. Connor reiterated his appreciation to all contributors to this camp, particularly to local partners Digicel, O. D. Brisbane and Caines Auto Rental. He encouraged all stakeholders to continue working with his Department to ensure the benefits from various initiatives are maximized by young people.