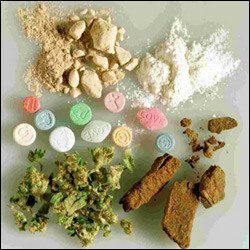 St. Kitts and Nevis, notwithstanding its limited resources, is committed to see the implementation of Government’s zero tolerance policy on crime whether on land or on sea.

So says St. Kitts and Nevis Prime Minister Hon. Dr. Denzil L. Douglas during the signing of a Memorandum of Understanding between the Governments of the United States of America and St. Kitts and Nevis to collaborate in the execution of the Secure Seas Programme.

“This MOU provides for a Maritime Support package which will not only augment our maritime assets but which will substantially enhance the capabilities of the Coast Guard Unit as they seek to intercept criminal activities that are perpetrated in our waters,” said Dr. Douglas.

The agreement makes provision for two-ten meter interceptor vessels and spare parts to assist with their maintenance which is critical to their sustained operations, one trailer, one vehicle, information systems and command and control and communication equipment.

Prime Minister Douglas told the Barbados-based United States Charge d’Affaires, His Excellency Dr. Brent Hardt, that the Government of St. Kitts and Nevis places on record its appreciation to the Government of the United States of America for its tangible show of support and for its effective partnership in “our crime fighting initiatives that will contribute to the enhanced security of St. Kitts and Nevis and indeed the region as a whole.”

“We see this gesture as the materialization of a commitment made by the Government of the United States of America to continue to collaborate with the Caribbean region (often referred to as the Third Border) on matters of security which will redound to our mutual benefit. Our geographical proximity defines our obligation to collaborate on critical matters of security,” said Prime Minister Douglas, adding: “these vessels will provide the capacity for the interdiction of illicit operators in our waters and will improve the overall crime fighting efforts of the security forces.”

He recalled President Obama’s commitment when he visited the region on the occasion of the Fifth Summit of Americas when he announced an investment package to strengthen cooperation on security in the Caribbean.

“Today the region has seen the deliverables of this enhanced cooperation which complement our own efforts,” said Prime Minister Douglas.

In his capacity as Chairman of the Organization of Eastern Caribbean States (OECS) and as the Incoming Chairman of the Caribbean Heads of Government (CARICOM), Dr. Douglas reiterated his profound appreciation to the Government of the United States “for this renewed commitment for partnership which will not only result in strengthening the maritime capabilities of the Security Forces of the member states of the Regional Security System but will positively impact our continued operations to substantially reduce the trafficking of illegal drugs and arms in our waters.”

“We are convinced that with the added resources and increased patrols this will be a major outcome of the cooperation Agreement that we formalize here today,” said Prime Minister Douglas, who conveyed his highest regards and best wishes to President Obama.

“We look forward to the full implementation of the US-Caribbean Basin Security Initiative Plan of Action that covers critical areas that include maritime co-operation,” said the St. Kitts and Nevis leader.