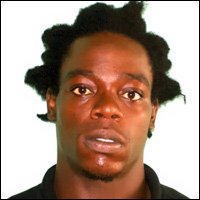 On September 10th 2009, Police formally charged Dion Henry of Middle Island for arson and two counts of attempted murder, committed on September 9th 2009 at Verchilds.  He appeared before the Magistrate’s Court and was remanded to HM Prison.

El-Jordon Raba Awal of Ghana was arrested and charged with fraud, committed on September 3rd 2009.  He appeared before the Magistrate Court and was remanded to HM Prison.