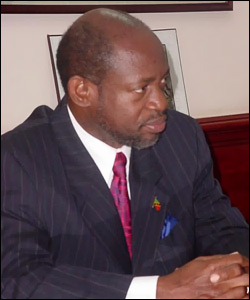 The conference will draw around 25,000 participants from across the globe, including many world-renowned leaders and experts in their field, according to a message received here on Monday.

AIDS 2008 will be officially opened on the evening of August 3 by Mexican President, His Excellency Felipe Caldern Hinojosa.

The AIDS 2008 will close on Friday August 8 with presentations by Michel Kazatchkine, Executive Director of the Global Fund to Fight AIDS, Tuberculosis and Malaria, and Marcelo Ebrard, the Mayor of Mexico City.

The conference will be held at Centro Banamex in Mexico City from 3 to 8 August 2008.

The conference theme of Universal Action Now emphasizes the need for continued urgency in the worldwide response to HIV/AIDS, and for action on the part of all stakeholders.