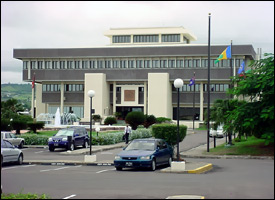 The Monetary Council of the Eastern Caribbean Central Bank (ECCB) will maintain the institution’s interest and discount rates.

A communiquÃ© issued at the end of the 62nd Meeting of the Monetary Council said recent developments were assessed including the elevated inflationary pressures, high levels of liquidity and low interest rates in the anchor country, the USA.

The Council agreed to maintain the regulated minimum rate of interest on savings deposits at 3.0 percent and the Central Bank’s discount rate at 6.5 percent.

During the meeting, the Monetary Council was updated on the recent developments in the international and regional financial markets and the possible implications for the ECCU. In recognition of the Bank’s mandate to preserve the soundness of the financial system, Council emphasised the need to follow further developments closely and endorsed the steps which needed to be taken to mitigate any threats to the stability of the system which may arise.

Council further noted the establishment of the Regulatory Oversight Committee (ROC) which was comprised of representatives of the ECCB, the Eastern Caribbean Securities Regulatory Commission (ECSRC) and the Single Regulatory Units in each member country.

Council acknowledged the critical importance of this high-level forum at which members could share information, discuss regulatory reforms, collaborate on issues where responsibilities overlap and coordinate responses to potential threats to the financial system.