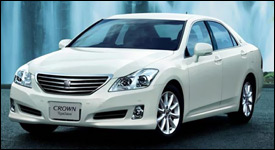 The TDC group of Companies will present a new State Car to the Government and People of the twin-island Federation on Monday afternoon.

Prime Minister Hon. Dr. Denzil L. Douglas is expected to accept the keys to the vehicle from the Company’s chairman, Mr. Michael Morton, during a ceremony at TDC Home and Building Depot on the Frigate Bay Road at 4:00 pm.

The handing over of the new car to the Office of the Prime Minister is in keeping with the company’s policy of donating a vehicle every five years since the Nation’s Independence.

The present car, used by the Prime Minister on State occasions is a four-door luxury Toyota Crown Royal saloon presented to Dr. Douglas on September 19th 2003.