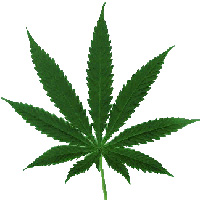 Marijuan Is Still A Banned Drug

The Government of St. Kitts and Nevis has reaffirmed its position that the use and abuse of marijuana is illegal and everything will be done to stamp it out.

St. Kitts and Nevis’ Prime Minister Hon. Dr. Denzil Douglas, who is a student of medicine, pharmacology and biochemistry and who has been closely associated with a research, acknowledged there is an appropriate medicinal ingredient extracted for the treatment of glaucoma that has been worked on in Jamaica and several States in the United States permit by law the use of marijuana by persons to ease severe chronic pain.

“We do not have any of that use here in St. Kitts and Nevis and so at the moment marijuana is illegal in its use and apart from that it is a commonly abused drug and the Government will speak out against its use and its abuse here in St. Kitts and Nevis,” said Dr. Douglas in response to a caller to his weekly radio programme “Ask the Prime Minister.”

“We don’t want to get anyone confused at all as to what position the Government’s position on marijuana is. Marijuana is a banned drug and the law will continue pursue those who abuse the use of this drug,” said the Prime Minister.

“Marijuana can be used for medicinal purposes and that is being well established, but at the moment it is an illegal drug here in this country and we shall do everything to stamp it out. Too many of our young people have become confused, have become hyped up, have been encouraged to a large extent by the use of marijuana to get into serious crimes, heinous crimes, serious, serious and violent criminal activity and to a large extent marijuana has been associated in many cases,” Dr. Douglas said.

He added: “as a medical person myself, I know for a fact that in situations where there may be latent, lying, dormant schizophrenic problems, that these can be unmasked with the use of marijuana, and thus, as we would say, cause one to do all kinds of crazy things and so we cannot encourage it in this society because at the moment it is an illegal drug and it is being widely abused and so it has to be discouraged in our society.”