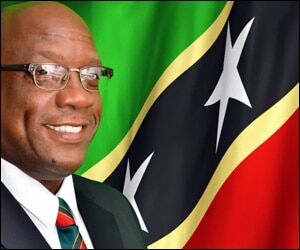 Prime Minister of St. Kitts and Nevis, Dr, the Honourable Timothy Harris, has called on nationals and all peoples to put aside differences this Christmas season, to adhere to the Golden Rule and come together in unity by demonstrating what the true spirit of Christmas is all about.

“As a Christian people living in a Christian nation we are called to love; to give without counting the cost; to peacefully co-exist with each other; and to treat others the way in which we would like to be treated.”

He said that while these values may be seen as “simplistic and well-worn admonition”, they are “never out of style.”

The nation’s leader said it was regrettable that politics had divided our society, and that truth and reconciliation were necessary to heal the nation.

“Ours is a Nation that for many, many years has been fractured by deep political polarization, fueled in large measure by generational traditions and allegiances,” Prime Minister Harris said, highlighting that Team Unity was born out of need for the healing of political wounds.

He said that with the advent of Team Unity came “an alliance across the party divide,” further noting that the historic partnership “embraces the People’s Labour Party (PLP), People’s Action Movement (PAM), and the Concerned Citizens Movement (CCM) in a new ethos of Unity, good governance and people’s empowerment.”

“As I close this Christmas message, I call on all of us to be ever mindful of the need to be our brother’s keeper,” Dr. Harris said in his first Christmas message as prime minister, noting that “transformation at the individual level is a critical pre-requisite if we expect to realize a rebirth, and an improved maturity and tolerance among our people at the community and national levels.

“In other words, the turnaround of our Nation starts with us,” he said.

Prime Minister Harris is of the view that such “transformation can only come when we first acknowledge the Christ behind our Christmas, and then follow His example in healing hurts, building bridges, mending fences, and forgiving transgressions. There must also be a firm resolve to execute such spiritual works inside and outside of the Christmas season if transformation is to be real and lasting.”

He said that the “Team Unity Government has been bestowed with a sacred trust to lead the mission of our Federation’s transformation over the next decade and beyond,” and that “It is undeniable that our 2015 Elections victory was won in the realm of spiritual warfare.”

Dr. Harris reaffirmed the government’s commitment “to pilot the ship of state with a rudder of faith in God, and an anchor of earnest, fervent prayer for direction, wisdom and understanding.”