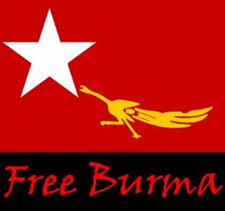 St. Kitts and Nevis has been appointed to a nine-member United Nations Credentials Committee set up to review a challenge to the Burma’s membership.

The Burmese opposition groups in exile, which have launched the credential challenge to oust the junta at the UN, argue that as the generals have been forcibly retaining power and have ruled the country illegally, therefore the UN should review its credential.

The credential challenge will be first reviewed and discussed by the committee before taking a decision on it.

Only if the committee decides to put it forward, will it be submitted to the General Assembly for a final decision.

Burma became a UN member state in 1948 and from 1961 to 1971, U Thant, a Burmese diplomat served as the third General Secretary.

Burma enjoyed a brief period of parliamentary democracy following its independence from British rule in the period 1948 to 1962. But in March 1962, the military led by former General Newin grabbed power in a coup and transformed the country into a socialist state.

In 1988, Burmese people rejected the socialist form of governance and ousted Newin and his one party system in a mass protest. But the legacy of the military went on when the current batch of generals assumed power in a coup in September 1988.

The junta in 1990 held general elections, where detained opposition leader Daw Aung San Suu Kyi led National League for Democracy party won a landslide victory. However, the junta refused to hand over power and continued to rule the country with an iron grip.