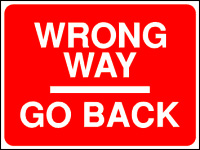 The St. Christopher Air and Sea Ports Authority (SCASPA) says it has maintained an excellent record of safety throughout the history at the Robert Llewellyn Bradshaw International Airport.

Head of Corporate and Public Relations, Mrs. Delcia Bradley-King said the Robert L. Bradshaw International Airport Management is compliant with all international regulations and standards and have always moved swiftly to put corrective measures in place whenever a weakness was identified.

The statement comes following revelation in the British Press of an incident one year ago on September 26, 2009, involving British Airways flight 21256 which entered the single Robert L. Bradshaw runway from the wrong taxiway and used a shorter portion of the runway than required for normal take off.

“Although no accident resulted, a thorough investigation revealed that this error was caused by a combination of factors, including the lack of communication that the pilot was not using the correct taxiway. Within days of the incident, self-illuminating taxiway signs were installed on all taxiways. These signs received official approval from a British Airways representative shortly after,” the SCASPA statement said.

It added that further in-house reviews and training were conducted with Air traffic Control officers, and new communication procedures were prepared for preventing such a situation from recurring.

“These procedures were subsequently approved by British Airways and then implemented,” said SCASPA.

“This is a clear indication that British Airways is confident that the Robert Llewellyn Bradshaw International Airport remains safe for all international flights,” said the statement.

SCASPA said it will continue to make every effort to ensure that international safety standards are adhered to, and that the reputation of the Robert L. Bradshaw International Airport is maintained at the highest possible level.