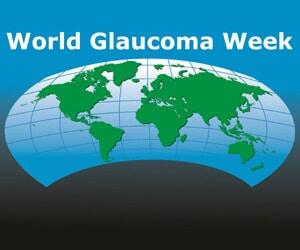 The Ministry of Health continues its endeavor to bring awareness to citizens and residents of St. Kitts and Nevis in order to ensure that the practice of healthy lifestyles is maintained. The Federation joins the rest of the world in launching World Glaucoma Week, which will be celebrated locally with a calendar of events that runs from Sunday, March 06 to Sunday, March 13, under the theme: “Prevent Glaucoma 2016″.

In an address to the nation today, Sunday March 06, the Honourable Wendy Phipps, Minister of State with responsibility for Health, noted that “the campaign objective is achieved via the organization of a host of sensitization programmes and projects involving key stakeholders such as eye care specialists, universities, hospitals, clinics, glaucoma patient groups, governments and donor agencies.”

She outlined a number of activities to be held in the Federation.

“The staff at the Eye Clinic of the Joseph Nathaniel France (JNF) General Hospital has planned a series of activities in an effort to celebrate World Glaucoma Week, and World Glaucoma Day ““ which is being celebrated on March 12,” said Minister Phiipps.

The calendar of events includes home visits to clients with glaucoma and a sponsored health walk on Monday, March 07; visit to the Cardin Home with follow up glaucoma assessments for the residents on Tuesday, March 08; and continuing medical education on the topic “Glaucoma in the 21st Century on Wednesday, March 09. On Sunday, March 13, there will be a church service at the Cayon Church of God.

“The Federal Ministries of Health encourage all citizens and residents of St. Kitts and Nevis to support, wherever possible, the activities of the staff of the JN France General Hospital’s Eye Clinic in its educational and promotional efforts to increase awareness of glaucoma, its dangers, and the proactive steps needed to protect general eye health. We are told that “the eyes are the windows to the soul,” she said. “As such, the preservation of vision is of paramount importance in enhancing our general quality of life and well-being, our employment potential, and our safety and security, among other matters. The Ministries of Health also urge everyone to get his or her vision tested regularly, in order to maximize the likelihood of preserving one’s eyesight for as long as possible.”