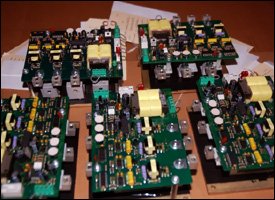 St. Kitts and Nevis exported more goods and services to the United States for the first seven months of this year among the member countries of the Organisation of Eastern Caribbean States (OECS) and Barbados.

Figures indicate the twin-island Federation also exported more to the United States for the January to July period, than all the OECS independent countries combined.

St. Kitts and Nevis exports to the United States were valued US$28.7 million, while St. Lucia exported US$9.4 million; Grenada, US$3.9 million; Antigua and Barbuda, US$6.6 million; Dominica, US$1.4 million and St. Vincent and the Grenadines, US$0.8 million.

Combined, those 5 countries exported goods to the value of US$22.1 million to the United States compared to US$28.7 million for St. Kitts and Nevis.

Although Caribelle Batik does not directly ship its products in boxes to the United States, Americans accounted for sixty percent of the company’s sales of US$1.5 million between April 2007 and May 2008.