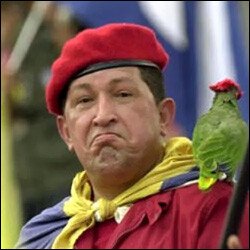 St. Kitts and Nevis Prime Minister Hon. Dr. Denzil L. Douglas has spoken out in defence of the Venezuela-led PetroCaribe initiative, telling critics of the energy accord that his government is quite satisfied that “it’s working.”

Dr. Douglas has also defended a recent proposal by the Hugo Chavez administration in Caracas to increase the upfront charges for oil under the agreement, from 60 to 80 percent.

He said while Venezuela remains committed to supplying the region’s energy needs, it must be remembered that Chavez does not have control of the market.

The Kittitian leader, who recently hosted the Sixth PetroCaribe Summit in Basseterre, further insisted that the Caracas deal has benefited his country, which he said was faced with a situation two years ago in which had consumed its entire fuel budget in four months because of the high price of oil at that time.

“Now I am sure that we are better able to manage in the sense that budgeting becomes easier, sticking to the budget for our fuel bill becomes easier and I think to a large extent we are benefiting,” he told CMC.

Under the original deal signed back in 2005, a number of Caribbean countries entered into an alliance with Caracas to purchase oil at market value but only a part payment of 60 per cent was needed up front, with the remainder being paid through a 25-year financing agreement with a one per cent rate of interest.

The deal allowed for the Caribbean nations to purchase up to 185,000 barrels of oil per day on these terms. In addition, it allowed for them to pay part of the cost with other products, such as bananas, rice, and sugar.

But Venezuela, which recently complained that some countries were racking up high tabs, is proposing to amend the terms.

“Yes it sounds a little high to say 80/20, 80 upfront and 20 credit but in terms of the dollar amount I believe it is much less,” Douglas told CMC, adding that St. Kitts and Nevis has been meeting its end of the bargain.