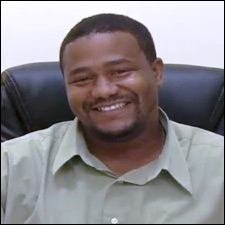 The day, according to a statement issued by the Department of Labour on St. Kitts, sought to “stress safety, the prevention of illness and accidents at work in addition to capitalising on its traditional strengths of tripartism and social dialogue.”

The statement further underpinned the significance of OSHMS, stating that they would be used “as a tool for continual improvement in the prevention of workplace incidents and accidents.”

In an interview with Chief Labour Officer for Nevis, Mr. Gary Liburd, it was revealed that his department had increased its work safety awareness efforts.

World Day for Safety and Health at Work was established in 2003 by the International Labour Organisation [ILO] and its member states. Since then, the organisation “has reported that work related deaths and injuries had taken a heavy toll on developing nations where large numbers of people are engaged in hazardous activities.”

The ILO notes that although small developing states like St. Kitts – Nevis do not normally report large numbers of job relates injuries, it [ILO] “had begun to see a rise in the number of occupational illnesses and deaths in areas such as construction, road building and dock work.”

Labour officials throughout the twin-island federation, in observance of World Day for Safety and Health at Work, called on residents to “mobilize nationally and move towards a secure, safe and healthy working environment for all.”