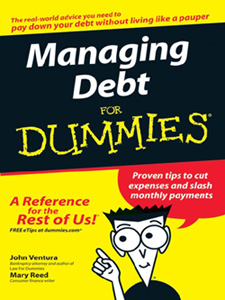 Spending Cuts Will Have To Be Made

Federal Government of St. Kitts and Nevis pumped just over half a million dollars in actual capital investment over the past seven years, Minister of Tourism and International Transport, Sen. the Hon. Richard “Ricky” Skerritt has disclosed.

He told nearly 350 participants at a National Economic Growth Forum they must not take for granted the many successes achieved since Independence in 1983, particularly during the very challenging period just before and after the closure of the sugar industry in 2005.

“An average growth rate of 4.8% over the period 2004 to 2008 is commendable performance for our country by any measurement, considering that this period includes the years immediately after the closure of the sugar industry,” said Minister Skerritt, pointing out that some pundits had predicted the collapse of the economy.

He said while the Federal Government’s fiscal challenges of 2009 and 2010 have been cause for great concern, they are definitely not signs of a collapsing economy and the social stress resulting from the past two years of economic slowdown must instead be used as a powerful indicator of the need to usher in a greater sense of national urgency to focus on the requirements for returning speedily to an upward movement on the economic growth curve.

The Tourism and International Transport Minister warned that one thing that is likely to be different going forward in the short term is Government’s ability to lead in the creation of jobs and incomes through heavy capital spending and public sector expansion.

“The fiscal fall out of the past two years simply means that Government will have to cut back on its past high levels of employment and capital investment, and that our country will have to look more to our private sector to take a stronger leadership role in investment,” said Minister Skerritt.

“Government has therefore invested more than half a Billion dollars in the past seven years, at an average of $73 million per year, on capital projects. The average for the past two years was $80 Million. This is unlikely to be sustained in the short term,” said Minister Skerritt.

Minister Skerritt pointed out that investment and economic growth are the keys to raising and sustaining incomes, but whether financed by grants or borrowings, all of these public financed projects have fuelled significant levels of imports, consumption, employment and incomes in both the public and the private sectors. The forum needs to strategize and organize individually and collectively on how to facilitate and ensure that both the private and public sectors continue to invest in the people and capital projects that will help the St. Kitts and Nevis economy to achieve sustainable growth in the future.

He noted the Forum was meeting at a crucial time when St. Kitts and Nevis and the other OECS member states have been operating in an extremely challenging economic environment.

“And it is a time when the need for economic recovery and sustainable growth in our region is at its most urgent,” said Minister Skerritt, adding there are signs that St. Kitts and Nevis is already emerging from the worst of this period noting the reopening of the world famous Four Seasons Resort which has been particularly beneficial to the start of this recovery process.

“If ever this Federation received a lesson in the economic value to us of a successful resort hotel, it was from the severe negative impact which resulted from the closure of Four Seasons in 2008. The reopening of this resort two months ago must not be an excuse for us to become complacent and forget the lessons learnt from its temporary closure,” said the tourism minister.

He said the early stage of an economic recovery means that the goal must now be the establishment of a stable platform from which the economy may be propelled to rates of growth that are sustainable in the long-term and that can further enhance the quality of life of nationals.

He said based on past performance and recent research a number of sectors have shown good prospects for contributing to the future economic growth.

“These include Cruise and yachting tourism, stay over leisure and niche tourism, education tourism, luxury resort and villa development, financial services and ships registry, agriculture and fisheries, ICT Development, light manufacturing and small and medium enterprise development in the construction and services sectors.