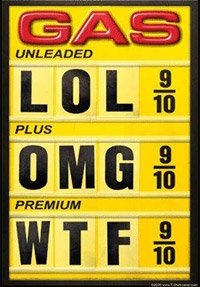 As oil prices on the world market fall, gasoline consumers on St. Kitts and Nevis are benefitting from continuing reduced prices.

The price of gasoline, which went below the ten dollar mark per gallon at one distributor, last week, dropped a further $1.73 cents.

The Ministry of Finance announced Tuesday that with effect from Wednesday 10th December, the cost per gallon at Shell gas stations will decrease from $9.96 cents per gallon to $8.23 cents a gallon, a drop of $1.73 cents, that’s down $8.02 cents since July 16th.

Delta Service Stations, which saw a high of EC$18.59 per gallon on June 27th and which has seen a steady decrease is being sold at EC$12.50, per gallon.

Texaco Service Stations, which saw a high EC$16.56 on July 22nd has also seen a steady decline is being sold at the maximum retail price was EC$12.24 a gallon.