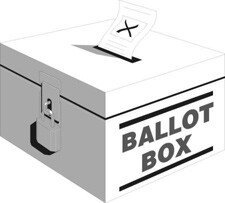 The electorate of St. Kitts and Nevis will exercise its franchise on January 25, 2010 ““ the date set for Federal Elections.

Prime Minister Honourable Dr. Denzil Douglas made the announcement at a public meeting, last night in East Basseterre. During his address, the Prime Minister also declared that Nomination Day ““ was set for January 15.

All 11 seats in the legislature will be contested ““ eight in St. Kitts and three in Nevis. Before the House was dissolved on December 15, 2009, the St. Kitts-Nevis Labour Party held seven seats while the People’s Action Movement had one seat in St. Kitts. The Concerned Citizens Movement in Nevis held two seats and the Nevis Reformation Party had one.

Voters are reminded to take their National Identification (NID) Cards when going to the polls. Issuing of the cards, commenced July 2008 as part of the Electoral Reform Process, and they will be used for the first time to identify voters. Barcodes and security features are built in to prevent illegal tampering or duplication thus reducing acts of fraud during polling.

Supervisor of Elections Pastor Leroy Benjamin told SKNIS that there is increased activity at the Electoral Office today, as they prepare for the January 25 poll.

“More people are concerned [and] are coming here to pick up their NID cards and making sure that they are ready,” he said. “We [The Electoral Office] are also getting ourselves ready now that the date has been announced. The office is in high gear and we are very satisfied that to this point we are on track and we hope to deliver the elections in a very professional way.”

The Supervisor of Elections issued an appeal for persons who have not yet collected their cards to do so as soon as possible from the Electoral Office in St. Kitts and in Nevis.