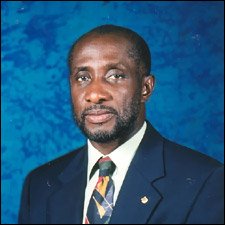 Deputy Prime Minister Hon. Sam Condor as Minister of National Security said the Government has been seeking assistance from the United States, British, Australian and Israeli Governments on the issue of crime fighting.

He said assistance is also coming from the Regional Security System (RSS).

“The Americans have been giving us assistance in training in a number of courses where a good number of our policemen were trained in terms of detection and prosecution. Soon a team of security force and military academy personnel from Israel would conduct a training course.

“If you review that time frame, you will see that there has been tremendous progress made. The police have been taking control of the situation and we were getting things done, and what happened in the last two weeks was really an abnormal aberration of what was happening recently,” said Mr. Condor.

St. Kitts and Nevis’ Prime Minister Hon. Dr. Denzil L. Douglas says his Cabinet has been looking seriously at the continuing impact of rising oil prices on the cost of providing electricity.

“The Minister of Energy Hon. Dr. Earl Asim Martin and I as Minister of Finance are working collaboratively in the Cabinet to ensure that there is an appropriate response by the government to the electricity rates in particular,” said Dr. Douglas.

He said as soon as the appropriate economic analysis is completed “we shall come out with something that might bring some relieve to consumers.”

Dr. Douglas noted that St. Kitts and Nevis is part of a global community and what happens out there in the rest of the world, “we are too small not to be impacted.”

Asked what can be done by single families to reduce bills, Dr. Douglas said homeowners should have a second look at practices in the utilisation of electricity by turning off what needs to be turned off and unplugging what needs to be unplugged.

“Use your washing machine properly. Do not wash three days per week when you could do it once per week. Just don’t overdo anything because we are living in a situation where there are serious challenges, especially with regard to the cost of fuel as we have seen what is happening in North America and in the Middle East where the prices of oil continue to skyrocket and we are feeling the brunt,” said Prime Minister Douglas, at the Press Conference which was carried live on IZ Radio and TV, Freedom FM, Radio One and WINNFM.

Dr. Martin told reporters and the country, that over a long period of time, the Government was actually subsidizing the cost of electricity. The last time that electricity rates were increased in 2000, the price of a barrel of oil was US$20 on the world market. It is now almost US$122.

He said that the Ministry of Finance has indicated that it costs the government EC$5.2 million on a monthly basis.

“In addition to the cost of diesel on the world market, one has to take salaries into consideration and we are looking in a real way as to how we can address the recent increase in electricity rates,” said Minister Martin.

He referred to what was happening with regards to the rising cost of fuel on the world market taking into consideration the unfolding events in North Africa and the Middle East and the impact on the cost of electricity.

“We continue to look seriously at renewable energy, which is one of the avenues to reduce the cost of electricity and use of fossil fuels,” said Dr. martin, pointing out that over the last year the Government has been vigorously looking at wind energy and by the end of October the first wind farm at Belle Vue in St. Kitts will be operated by North Star.

He also said that discussions continue with the Nevis Island Administration with regards to geothermal energy to ensure that it comes on stream.

“Once we are able to have geothermal come on stream that also will provide another source of energy leading to a reduction in the cost of supply,” said Dr. Martin.

He said capital investment in renewable energy projects will be significant and that the development of a National Energy Policy for the Federation was being discussed at a National Consultation at the OTI on Thursday.

“Consultants from the OAS have been working with us over the last couple of years and they would be helping us with the national policy. All stake holders, manufacturers, consumers and others are involved and will guide the government in terms of putting forward the energy policy that will be able to solve several issues including the cost of electricity and the cost of renewable energy,” said Dr. Martin.