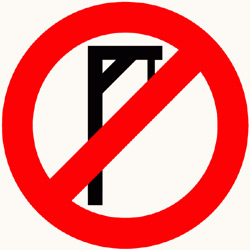 The death penalty is still on the books and the Government of St. Kitts and Nevis is determined to carry out court-ordered sentences of death by hanging.

This was disclosed last Friday by Prime Minister and Minister of National Security, Hon. Dr. Denzil L. Douglas, who told a Rally at the CEMACO Parking Lot in New Town, following a March for Hope, Peace and Unity, that a recent attempt to carry out the sentences of death on four persons, just after the August holiday period, were thwarted when unnamed lawyers for the condemned men filed the necessary papers in Court to stay the execution.

Dr. Douglas said that following an emergency meeting of the Mercy Committee, the recommendation to carry out the sentence of death was made to the Governor General, but when enquires were made later, he was informed that lawyers for the men had filed the necessary appeals.

“We do our part, but others are also doing their part. The lawyers are doing their work, those that are to be hanged made reference to their lawyers, their lawyers got their papers together;  lodged them at the appropriate place which is the Court and as a result of that the sentencing – the hanging is put aside for now,” said Prime Minister Douglas.

“The wheels of justice must be seen to be turning and I give you a commitment again that those wheels will turn as long as I am in charge of this country,” said Dr. Douglas.

There are some seven persons on death row in St. Kitts and Nevis. Appeals are made to the Eastern Caribbean Court of Appeal and the Privy Council.

Friday’s March Against Crime was organised by the Methodist Church of St. Kitts and Nevis and was attended by some 75 persons.