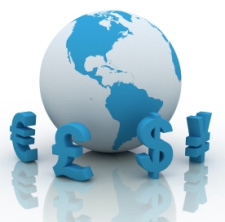 Foreign Investment In The Fedration Continues

St. Kitts and Nevis’ Prime Minister Hon. Dr. Denzil L. Douglas said his Government invested heavily in the economic and social development of the twin-island federation ahead of the serious international financial and economic challenges.

“We made sure that our people were not left behind. We made sure that we invested in the infrastructure of St. Kitts and Nevis so that we can still attract a high level of foreign direct investment even though the world is in recession,” said Prime Minister Douglas, who rejected a statement that hotels are closing and on the market due to high taxes being imposed.

“We seem to be living in a world by ourselves. Hotels around the world are not only closing but going at almost a penny. Hotels are going a begging and people are buying up hotels around the world because of the global recession. Why is it that we in St. Kitts has to be different,” said Dr. Douglas adding that his Government instead of imposing heavy taxes has been providing concessions to hotels and restaurants like several other businesses.

“Several businesses are closing but some are also opening as a result of the global recession and what is happening in St. Kitts and Nevis is impacted by what is happening here in St. Kitts and Nevis around the world. It has nothing to do with this government imposing heavy taxes with such rapidity that hotels are closing down and businesses are folding up. We need to give a full picture,” said Dr. Douglas on his recent weekly radio programme “Ask the Prime Minister.

He said St Kitts and Nevis can be a model and has been a model to other Caribbean countries especially in tourism development.

“We have been able to survive. We have had some serious challenges due to the high national debt,” said Dr. Douglas, pointing out that the St. Kitts-Nevis Labour Party Government has invested in the economic and social development of the country.

“WE made sure that our people were not left behind. We made sure that we invested in the infrastructure of St. Kitts and Nevis so that we can still attract a high level of foreign direct investment even though the world is in recession,” said Dr. Douglas, who referred to the hotel sites which were under construction when the international global recession hit in 2008.

“Every single one of them is still going forward,” said Prime Minister Douglas, singling out the multi-million dollar projects including Ocean Edge, Christophe Harbour, Silver Reef ““ which opened its doors in December 2010; the residential development projects at Half Moon Bay, Sunrise Villas, Coast to Coast on the Southeast Peninsula ““ all coming on stream during the middle of a hostile recession,” said Dr. Douglas.