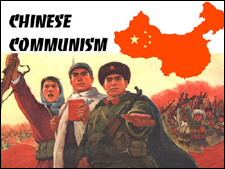 Salvery In Exchange For Whaling Rights

In less than two years St. Kitts and Nevis will boast another new tourism attraction.

Prime Minister Hon. Dr. Denzil L. Douglas was presented with a design and grand concept of the Agro-Tourism Demonstration Farm project to be located at Sir Gilles, between sandy Point and Newton Ground.

The 20-acre farm which is to incorporate “Green Agriculture,” “Green Tourism” and “Green Energy” stems from an agreement signed in March this year by Prime Minister Hon. Dr. Denzil L. Douglas and the Republic of China (Taiwan) Minister of Foreign Affairs, His Excellency Timothy Chin-Tien Yang during an official visit to Taipei.

After the signing of the Cooperation Plan, the Government of the Republic of China (Taiwan) sent two delegations composed of experts in landscape and architecture to the Federation to work out the blue-print of the farm.

The ATDF will incorporate both local and Taiwanese elements. Indigenous crops from St. Kitts and Nevis and Taiwan will be planted on the farm, so that visitors to the farm can appreciate the crop diversity of the two countries.

Resident Ambassador of the Republic of China (Taiwan), His Excellency Miguel Tsao said the Labyrinth is designed to represent the friendship of both countries.

A “Botanical Garden” with medicinal plants of St. Kitts and Nevis will also be planted alongside Chinese medical herbs.

“Cruise ship passengers, stayover visitors as well as residents and our students can certainly enjoy an educational and cultural tour of this garden and other areas of this project which will become another local tourism attraction,” said Prime Miniser Douglas, who is also the Parliamentary Representative for the area.

A date for the ground breaking is to be announced shortly.