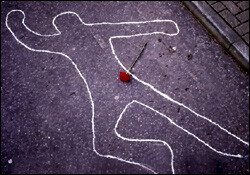 Another Young Person Loses Their Life

Police are investigating the shooting death of 14- year-old Stancia Lake of La Guerite.  At about 5:00 pm on August 8th 2009, Police responded to a report of shooting at Wigley Avenue.  Investigations revealed that Lake was in a bedroom at a friend’s home on the corner of Wigley Avenue and Cayon Street, when an armed assailant placed his hand through a back bedroom window and fired a single shot which caught her in the head.  She was pronounced dead at the scene by the District Medical Doctor.  No arrest has been made, investigations are ongoing.

The Police are making an appeal to persons with information on this crime to call the Criminal Investigation Department at telephone number 465-2241 ext. 220, 230 or 236.