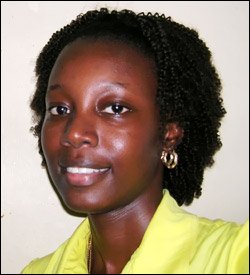 The 19-year-old 2008 State Scholar, Miss Agiel Browne, intends to pursue a degree course in Information Technology at the University of the West Indies (UWI).

“I am very, very, happy. I will next year begin studies in Information Technology at the University of the West Indies,” said Browne, a former Sixth Form student of the Charlestown Secondary School in Nevis, in a telephone interview with the Communications Unit in the Office of the Prime Minister (CUOPM).

“I want to express my heartfelt thanks to Almighty God first, then my mother, Roher Browne;  my father, Rawlinson Isaac; family members, teachers and friends, who played a role in my success to date,” said Browne of Liburd Hill, St. James Parish.

The listing is based on candidates’ performance on the 2007 and 2008 Caribbean Advanced Proficiency Examination (CAPE). Candidates are ranked by the highest number of Grade 1 passes obtained in seven qualifying units and then other criteria in the event of a tie.

In accordance with established criteria for determining the state scholar ranking, CXC computed T scores for both Azard and Florelle to break the tie. Azard Gumbs was determined by CXC to have a T- Score of 464 and Florelle Hobson a T – Score of 463.

Gumbs was named runner up State Scholar for 2008.