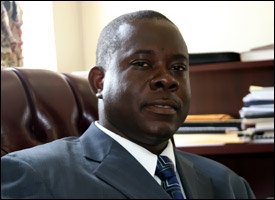 In an address to launch a celebratory week of activities on NTV Channel 8 on October 12, Mr. Hector contended that for over 30 years due to the pioneering work of some Nevisians, thousands of ordinary citizens now had an ownership stake in a thriving financial co-operative business that they could call their own ““ the Nevis Co-operative Credit Union.

The Co-operatives Minister said the local Credit Union movement would this year celebrate International Credit Union Week with a special sense of achievement, mindful that the three credit unions in the Federation, with a support base of 12, 300 members, had accumulated M$118 in Assets, M$97 in Savings Deposits; M$86 in Loans and M$11 in Reserves.

He advised the public to take a moment as they celebrated during the week to reflect on the privileges that Credit Union Members enjoyed, due to their ownership.

Mr. Hector said by virtue of its co-operative structure, the NCCU was member-owned and democratic in nature.

“One member equals one vote, with no regard to his financial background, social status, gender, orientation or religion. Service to members is provided with compassion ““ that embodies a listening ear,” he said.

Notwithstanding, Mr. Hector pointed out that the NCCU had been delivering on its social obligations to the Nevis community, in keeping with it’s principles of democracy and service.

This he said was evident, by the contributions the financial institution had made over the years to community based programmes which included scholarships, sponsorships and disaster relief assistance.

According to the Minister, Credit Unions throughout the world were the most important institutions which provided the “small man” with the opportunity to access finance for housing, education, business, agriculture and other personal needs.