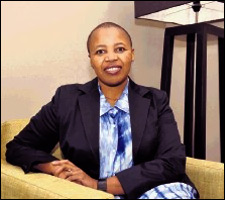 South Africa’s Special Envoy to the Caribbean Community (CARICOM) has been lobbying regional governments to attend the African Diaspora Summit next year.

Her Excellency Mathu Joyini, who attended last week’s Caribbean Ministers of Foreign Affairs meeting in St. Kitts, told the Communications Unit in the Office of the Prime Minister (CUOPM), that South Africa looks forward to hosting a CARICOM Mission.

“Of course CARICOM has been a partner with us from the very first Diaspora that was held in Jamaica and we are willing to renew the partnership to prepare for the next summit in 2012,” said Joyini, adding that the relationship with South Africa and CARICOM is a good one.

The communiquÃ© issued after the Meeting of Foreign Ministers said “COFCOR expressed appreciation for South Africa’s support in promoting the interest of CARICOM in fora in which the Community was not represented. They also received an update from the Special Envoy on preparations for the African Diaspora Summit to be held in South Africa in 2012.”