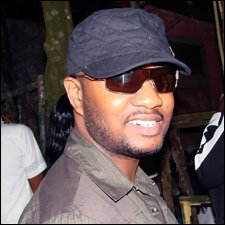 Serani, one of Jamaica’s newest reggae artists will take St. Kitts and Nevis by storm Sunday when he appears at the Prime Minister’s New Year’s Extravaganza.

The event, which is absolutely free, takes place at the Warner Park Cricket Stadium on Sunday January 3rd 2010 from 7 P.M. and features another Jamaican entertainer, A.J. Brown and Trinidadian icon, Lord Relator. Relator and A.J. Brown are down to perform at the Prime Minister’s New Year’s Gala on January 2nd.

Serani born in the mean streets of Kingston, Jamaica, decided at a young age with his two other best friends,  who also shared the same interest in music, to put together the infamous DASECA productions in 2001.

Serani is quite a new artist on the Reggae Scene but he blew up faster than Movado.

Serani has co-produced the first two singles on Sean Paul’s new platinum album “Trinity,” including “˜We Be Burning,’ which was the first released single.

The “˜We be Burning’  track helped Trinity smash a Jamaican record of 107,000 copies sold in the first week. Serani continued and made the “˜Smash’ riddim which hosts the song “˜Dutty Wine’ by Tony Matterhorn.

Serani is also recording his own songs and promoting two new singles entitled “doh” featuring Bugle and “she loves me”, a groovy sensual song for the ladies.