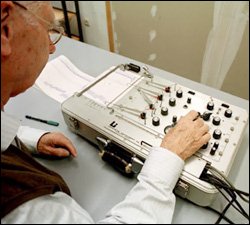 The Barbados-based Regional Security System (RSS) in an attempt to rid itself of any corruption is to introduce polygraph testing for those persons wishing to join its ranks.

This has been confirmed by RSS Coordinator Mr. Grantley Watson, following a Regional Security System (RSS) Council of Ministers’ Meeting at the St. Kitts Marriott Resort.

Mr. Watson said the decision to adopt the polygraph (lie-detector) policy was made last year and that it should be completed by the end of April.

“In an organisation like this, there is always the chance of corruption,” Watson said, noting the high frequency of drug-running in the Caribbean.

“We know for sure that persons have been approached before and a few may have cooperated (with drug dealers and other bad elements). I’m not saying that there is a high level of corruption in the organisation, but if we polygraph everyone coming in, then the likelihood of persons accepting bribes will go way down,” said the former Barbados police chief.

He said the RSS was concerned that staff members could be approached by drug dealers or violent criminals interested in offering significant sums of money for sensitive information regarding the organisation’s plans in policing coastlines or patrolling suspected areas of drug activity.

According to the newspaper report, in addition to the screening of all perspective members, existing staff will be required to pass polygraphs before being assigned to special RSS missions, since they would have entered the system without going through rigorous testing.

This was one of the issues discussed at a high-level RSS meeting in St. Kitts late last month.

The RSS is a joint mission of Barbados and six members of the Organisation of Eastern Caribbean States (OECS) ““ Antigua and Barbuda, Dominica, Grenada, St. Kitts and Nevis, St. Lucia, and St. Vincent and the Grenadines.