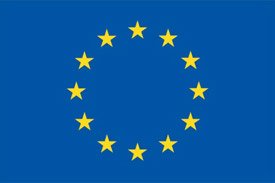 One day before a National Consultation on Crime, the Federation of St. Kitts and Nevis has received EC$16.6 million (EUR 4.5 million) from the European Commission for the implementation of a safety and security improvement programme.

Another EC$19 million (EUR5.457 million) is the first fixed tranche under the 2007 Annual Action Plan for Accompanying Measures for Sugar Protocol Countries.

Signing of the Country Strategy Report on Thursday afternoon by St. Kitts and Nevis Prime Minister Hon. Dr. Denzil L. Douglas and the Barbados-based European Commission Head of Delegation, His Excellency Ambassador Valeriano Diaz, clears the way for the Federation to receive the grant under the 10th European Development Fund (EDF) for the period 2008 to 2013.

Another EUR 0.2 million has been set aside to be utilised in the case of emergencies. The Government of St. Kitts and Nevis and the European Commission have proposed to allocate 85% or EUR 3.825 million of the EUR 4.5 million to the implementation of a safety and security improvement programme.

The proposed intervention will cover such areas as the upgrading of the curriculum of the police training school; facilitate training in such areas as criminology, forensic science and legal studies; review staffing and recruitment policies with a view to attracting more graduates into the police force; and developing areas of special expertise by facilitating specialised training at recognised regional and international institutions.

Although the programme focuses on safety and security, it forms an integral part of the modernisation and reform of an area of the public sector that needs to be restructured to meet the challenges of a modern independent state.

In addition to the national allocation, St. Kitts and Nevis will be one of the countries benefitting from the 10th EDF Regional Indicative Programme, under which EUR 165 million have been allocated for the period 2008 to 2013 for regional integration and support for the implementation of the recently signed Economic Partnership Agreement (EPA).