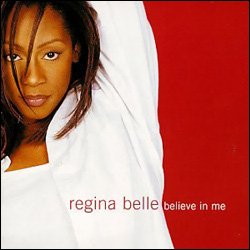 Grammy Award Winning Artist To Be A Top Act

Popular entertainer and Grammy Award Winning artist Regina Belle will be among the premier acts at the 13th Annual St. Kitts Music Festival, which will take place on the island from June 25-27, 2009.

Best known for the Disney hit, “A Whole New World” with Peabo Bryson, which was part of the soundtrack from the Disney movie “Aladdin” and earned her a Grammy Award, Regina Belle has been delighting fans with her luxurious voice since her debut album “All By Myself” debuted in 1987.” Her hit singles also include such recognized songs as “Please Be Mine,” “Show Me the Way,” “Dream In Color,” “Ooh Boy” and the 1991 duet with superstar Johnny Mathis entitled, “Better Together.”” She has appeared in concert with many other top performers including Ray Charles, Boney James, Paul Taylor and Al Jarreau and has performed in the White House for a former President and First Lady.” Born in Englewood, NJ and first attracting attention as a child singing in a local Baptist church, Regina Belle”s most recent release is her debut gospel album “Love Forever Shines” in 2008, a tribute to her musical beginnings.

“This is Regina Belle and I hope to see you there when I come to the beautiful island of St. Kitts for the 2009 Music Festival,” said Regina Belle.” “We have a date” and I promise to “Make It Like It Was”.”

“Ms. Belle is an experienced, respected talent in the music industry and we are extremely pleased that she will be performing at the St. Kitts Music Festival,” said Senator Ricky Skerritt, Minister responsible for Tourism, Sports & Culture.” “Her appeal to fans both young and old makes her an excellent addition to the line-up, which will showcase a mix of musical styles for all ages in a family friendly street festival ambience. “Each night, performances from top-selling international musicians as well as local and Caribbean acts showcasing our culture combine to make the St. Kitts Music Festival an experience like no other.”

Music lovers from the US and Canada who are looking for a great vacation can get to St Kitts via non-stop service on American Airlines from New York (JFK) or Miami, on Delta Air Lines from Atlanta, and on US Airways from Charlotte as well as via connecting service through San Juan on American Eagle or via flights on regional carrier Liat from Antigua.

Located in the northern Leeward Islands of the Caribbean, St. Kitts offers a diverse tourism product developed from the destination”s natural beauty, cultural heritage and rich history.” The island”s stunning variety of tourism attractions include hiking through the tropical rainforest, riding the scenic railway that connects the island”s sugar plantations, touring Brimstone Hill Fortress National Park, the only man-made UNESCO World Heritage Site in the Eastern Caribbean, and the more traditional vacation pastimes such as watersports, golf, shopping, tennis, gourmet dining, gaming at one of St. Kitts” two casinos or simply relaxing on one of the island”s sandy beaches.” Guests can select from accommodations ranging from intimate plantation inns to larger hotels or resorts.”