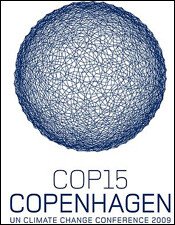 St. Kitts and Nevis Prime Minister Hon. Dr. Denzil L. Douglas is among Caribbean Heads of Government who will be making presentations at the 15th Conference of Parties (COP15) of the UN Framework Convention on Climate Change (UNFCCC) in Copenhagen.

Prime Minister Douglas is among 100 Heads of Government from 129 countries at this critical event.  Leaders will make presentations at the High Level Segment which started on Wednesday 16 December.

CARICOM Secretary-General His Excellency Edwin Carrington and Assistant Secretary-General for Human and Social Development, Professor Edward Greene are also in Copenhagen, along with Dr. Kenneth Leslie, Executive Director of the Caribbean Community Climate Change Centre (CCCCC) who is leading the technical coordination for CARICOM at the conference.

CARICOM is presented its perspective on the issues at stake in the Conference and its programme of action for surviving the adverse effects of climate change, in a special event at the Crowne Plaza Hotel, Copenhagen on 15 December under the theme “˜1.5. to Stay Alive’.

The 1.5 degrees centigrade refers to the limit of the rise in global temperature which the Caribbean is proposing in order to minimise the effects of climate change on the countries of the Region.