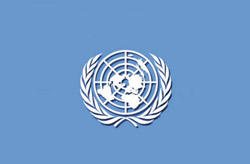 The high-level meeting will provide an important forum for various stakeholders, including government representatives and accredited civil society participants.

Discussions are expected to focus on the progress made, challenges remaining and sustainable ways to overcome them.

It includes the issuance of a report of the UN Secretary-General on the progress of the AIDS response, plenary meetings, five thematic panel discussions and a civil society hearing.

The outcome of the meeting will be a summary presented by the President of the UN General Assembly. On June 9 and 12, side events will be held related to issues discussed at the High Level Meeting.

Other members of the St. Kitts and Nevis delegation are Permanent Secretary in the Ministry of Health, Mr. Elvis Newton; St. Kitts and Nevis’ Non-Resident Permanent Representative to the United Nations, His Excellency Delano Bart and National AIDS Co-ordinator, Mrs. Gardenia Destang-Richardson. The delegation also includes an individual living with HIV/AIDS.