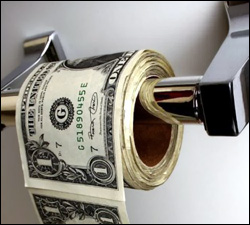 The Federation Struggles With Debt

A Government delegation led by Prime Minister and Minister of Finance, the Rt. Hon Dr. Denzil L. Douglas, has secured a landmark “stock-of-debt” restructuring deal from Paris Club creditors after an intense negotiation session held in Paris, France on 24th May 2012.

After six rounds of complex negotiations, the Government and the Paris Club agreed at the multilateral level to restructure over 20 years the entire stock of debt outstanding to the Paris Club, including the arrears. A grace period on principal repayments of seven years will also apply. Concessional rates of interest will apply to the rescheduling.

During the negotiations the Paris Club saluted the outstanding results of the Government’s economic reform drive and general debt restructuring effort to date. The Club’s members, who include representatives from the world’s developed economies, acknowledged that the Government’s determination to tackle the country’s problems in a decisive way will help ensure that St. Kitts and Nevis is well placed to withstand the headwinds of an increasingly uncertain international environment.

The Paris Club also indicated that it was the Government’s commitment to a sound macroeconomic course, as well as the approach taken with the general debt restructuring, that persuaded the group to grant restructuring terms that are exceptional for a country in the upper-middle income category.

Speaking after the signing of the Agreed Minutes, Prime Minister Douglas commented: “We understand that the negotiations were tougher and took a little longer than the Paris Club had expected. This may be the case, but it was important for us to have the opportunity to explain our situation properly, and to secure the right agreement for us.”

The Prime Minister added, “Even before we take into account the additional concessions from our creditors that are expected to come at the bilateral level, the agreement signed in Paris yesterday has no precedent in the Caribbean, and is amongst the most concessional ever to have been granted by the Paris Club to an upper-middle income country anywhere in the world. We are delighted at this recognition of our efforts, and thank the Paris Club for its support.”

The Prime Minister was accompanied during the negotiations by Mrs. Janet Harris, Financial Secretary at the Ministry of Finance, and by the financial advisors from White Oak Advisory LLP.

The bilateral agreements that will implement the 24 May 2012 agreement, and that are expected to incorporate the additional concessions, are scheduled to be signed later this year.