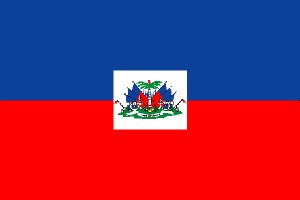 The National Flag of Haiti

The main opposition political party in St. Kitts – Nevis, the Peoples Action Movement, PAM, will this Friday, 15th January, organize a RELIEF CONCERT for the people of Haiti, who have been severely impacted by the recent earthquake that is reported to have killed hundreds of thousands.

Leader of the People’s Action Movement, Lindsay Grant in expressing condolences and sympathy to the Government and people of Haiti, while on a campaign stop in his constituency on Wednesday 13th January, said that though his party is in the middle of a campaign for national polls on January 25th, they have decided to show tangible support for the suffering and loss of lives of tens of thousands in the impoverished sister Caribbean state.

It was reported that a 7.3-magnitude earthquake which struck off the coast of Haiti is feared to have caused major loss of life in and around the capital, Port-au-Prince. The earthquake is being described as a “catastrophe of major proportions”. According to reports, buildings including a hospital are reported to have collapsed, with streets said to be blocked by rubble. The quake, which struck about 15km south-west of the capital, was quickly followed by two strong aftershocks of 5.9 and 5.5 magnitude.

The concert is scheduled to take place in the eastern section of the capital city, Basseterre, in what is known as Constituency Number 1 , New Town. The concert will be dubbed Strength  of a Woman Haitian Relief Concert and will feature Jamaican artiste, Cecile, Antiguan soca queen, Claudette Peters, D’ VYBZ featuring Shakki, Sista Sensia and the Small Axe Band.

No admission will be charged but the thousands of ordinary Kittitians, expected to attend the concert will be invited to make a donation that will be in the name of the Haitian people.

PAM’s leader, Lindsay Grant said that he will seek to work with a civic organization that would have full authority for the collection and safeguard of all funds and that they, the civic organization will be responsible for the disbursement of the funds to the appropriate Haitian government officials.

All expenses however, associated with the concert will be met by the Peoples Action Movement.

Grant also urged people around the world especially within the Caribbean, to come immediately to the aid of Haiti in whatever way that they can. Grant said that despite his party being in full election gear he strongly believes that whatever assistance that it can mobilize in helping to assess the damage and the provision of relief while determining further needs, it is prepared to do.

Mr. Grant said that his party will also be willing to support any other local initiative that may be given consideration because at this time of need for our Haitian brothers and sisters, we should all unite as a country and help our neighbor in this desperate hour.

The PAM leader said that they understand the pain and agony that the people face in Haiti with this recent disaster and would like to remind them that we stand very committed and dedicated to their cause.  He said that PAM strongly feels that a new day will soon dawn in the aftermath of the quake, thus affording Haitians an opportunity to reflect and evaluate.

“Thus we are going to source whatever help and assistance that we as a party can give to you and sincerely trust that you will continue to hold unto hope and faith because they are the only tools that will guarantee your survival.

He said further that the people of Haiti should remain strong and determined in getting past this hurdle, noting that they are resilient and are confident and that they will be able to bounce back. He stressed that his party remains committed and supportive and will seek ways and means in which they can lend a helping hand during this urgent crisis.

Grant noted that as the poorest country in the western hemisphere, Haiti is likely to need international aid in order to cope with the quake’s impact stressing that the Government of St Kitts and Nevis is welcome to join the opposition Peoples Action Movement in extending a helping hand.