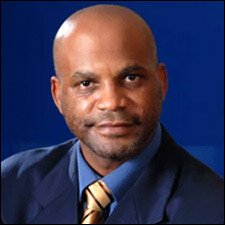 Just about 1 week since our Federation suffered murder 16 and murder 17 within hours of each other, Stancia Lake ““ a young girl of 14 years old, was shot dead last Saturday aafternoon in the village. “On behalf of the People’s Action Movement, I would like to once again express my sincerest condolences to their families and friends. I join the people of St. Kitts and Nevis as we mourn the loss of another young person in our beloved Federation.

All around us, the surging crime rate -particularly the escalating violence among our youth- call us all to action. Anytime there is crisis, we need strong leadership ““ but the present leadership is failing us.

When there were 8 murders in St. Kitts and Nevis by April 2008, I wrote a letter to Prime Minister Dr. Douglas and proposed a National Response on Crime where all stakeholders would be convened. To date, the Prime Minister has not responded to the letter. The Federation suffered 23 total murders by the end of 2008.

18 murders so far for 2009, means that we witness killing every two weeks in St. Kitts and Nevis . That is, almost every 14 days another young person is murdered. To date, our concerns to the almost daily shootings HAVE MET NO RESPONSE”

At a time when violent crime is at a height in the Federation, it is the silence of the Labour Government that continues to place citizens at risk.  It is the obligation of Government to create a safe environment yet people do not feel safe.

Dwyer Astaphan’s admitted failure as National Security Minister when he resigned last year, to now the Prime Minister’s failure since then – demonstrates a CRISIS IN LEADERSHIP. ¨ For example,  it is obvious that illegal guns are getting through our borders, yet the Labour Government has failed to place an officer from the Customs Agency on the Defense Council. This Government inaction shows exactly the lack of accountability that puts us all at risk.

Neither must PM Douglas be allowed to continue accusing Kittitians and Nevisians of being bad parents, in order to find scapegoats for the Labour Government’s incompetence. Just yesterday, August 11, 2009, our very own Police Commissioner Austin Williams admitted to BBC Radio that PM Douglas has failed as Minister of National Security to make adequate resources available to our Police Force to fight the surge in violent crime.

The people of this Federation will not allow Prime Minister Douglas to pay lip service to the issue of crime, now starting at this 18th murder for 2009. Crime fighting requires immediate resources for new strategies to confront the murder crisis now facing St. Kitts and Nevis . Our families cannot endure the escalating murder and the continued harm of our young people – Time for Change

The People’s Action Movement remains of the conviction that unity must form a critical feature of our national response. I reiterate the proposal that the opposition and the Government can serve the people well with a unified approach to this increasingly escalating problem of crime. ¨Therefore the People’s Action Movement once more suggests a national plan of action and calls the Labour Government’s specific attention to the escalating murder rate in St. Kitts and Nevis . ¨As per the initial unanswered letter for a National Response on Crime, written to the Prime Minister since April 21, 2008, all stakeholders should be convened at this meeting in order to formulate a collaborative response to ongoing crime in the Federation of St. Kitts and Nevis.” As a matter of national attention, this required action to formulate a collaborative response can no longer be delayed.